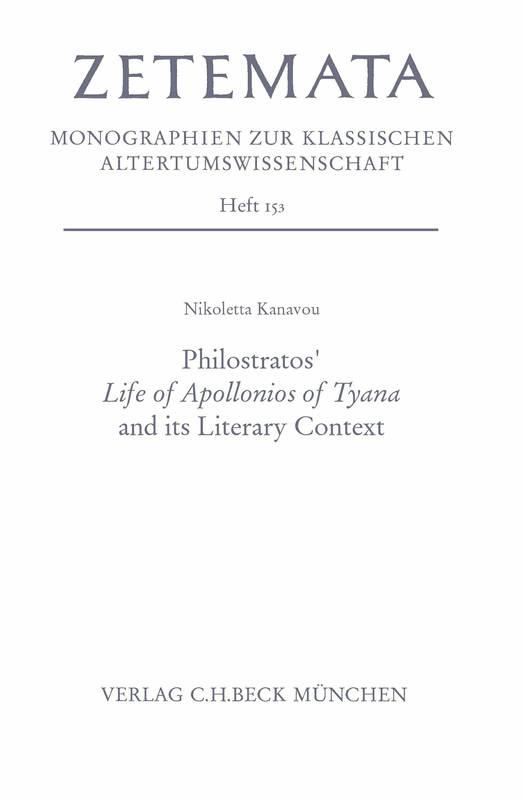 Philostratros’ Life of Apollonios of Tyana and its Literary Context

This book surveys a range of intersections between the fictitious biography of
the sage Apollonios of Tyana by Philostratos and selected prose narratives of
the imperial period. The survey considers both pagan and Christian literature
and includes both parallels to the philosophical ideology of the Life of
Apollonios and features that embellish and enhance the Life as a work of
literature. The book’s various themes and topics are held together by a common
thread: the hero’s virtue, in particular his sōphrosynē, which encapsulates
not only his wise-man status but also his novelistic traits (sōphrosynē is of
central importance in the Greek romance), and which contributes to the
interpretation both of Apollonios as hero and of the work’s generic
affinities. The characterisation of Apollonios and the contextualisation of
his biography are equally served by the discussion of manifestations of erōs
in the Life of Apollonios as echoes of a popular, indeed irresistible theme to
the author; of travel as an intergeneric metaphor for spiritual progression;
and, finally, of the sage’s relationship with the written word - a
relationship that further reveals the narrative’s authenticatory interests and
precarious realism.